His mother is from Chile, his father German. His ancestry goes back to Wilhlem von Lindenschmit, a famous history painter of the 19th century. Robinson grew up bilingually and speaks fluently Spanish and German. He spend much time in Chile and also used to live in the USA, for that he speaks English fluently. Due to his private life situation he is able to understand a lot of Russian and even speaks some.

His acting career includes a full-time professional acting school education by Ruth Wohlschlegel, as well as an additional education by his mentor and friend Anatol Skakowski (* 13th March 1914 in Siedlce; + September 2011 in München), who was a Russian actor, director and a direct student of Konstantin Sergeiewitsch Stantislawski. Throughout the years, Robinson improved his acting skills by visiting an acting school in Los Angeles and having several acting classes and workshops in the US.

Eversince, he participated in various television and film productions, such as "Sturm der Liebe", "Hubert and Staller", "Weissblaue Geschichten", "Munich 72 - The Assassination", "Bullying", "Dahoam is Dahoam" and "Marienhof".

Did you know? Robinson has accomplished, as one of the best, a professional education as chef in a 5 star Hotel in Munich.
In the year of 2000, he received the Bavarian state award medal for "The rescue of people from mortal danger", by the Prime Minister a.d. Edmund Stoiber, retroactively for 1999.

You can still see Robinsons ancestor Wilhlem von Lindenschmit, frescoes "Sendlinger Bauernschlacht" in the parish church of St. Margarethen in Sendling/Munich. Other works of art can be found in Munich's Court Garden, as well as a monumental fresco in Hohenschwangau Castle in Füssen/Germany. 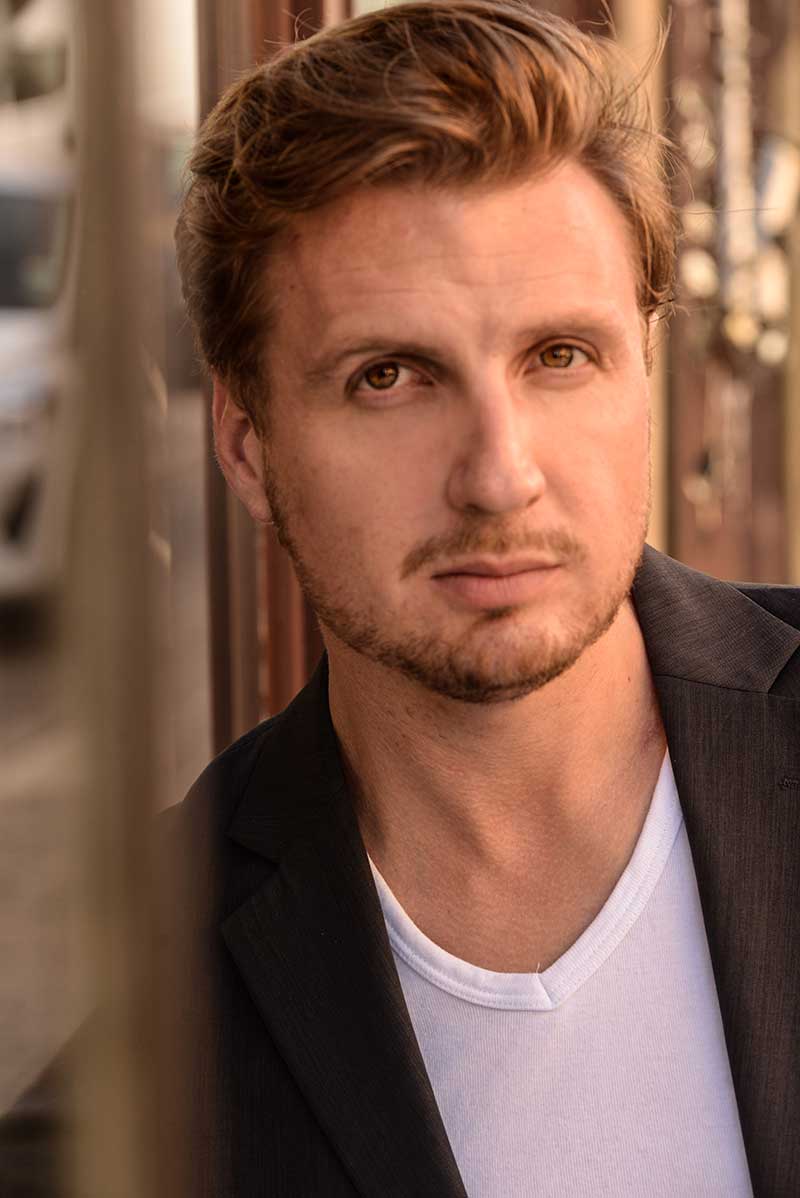 For booking inquiries for film and television, please contact:

Danke!
Oops! Something went wrong while submitting the form.